No more PvP! No More! I'm trauma of it 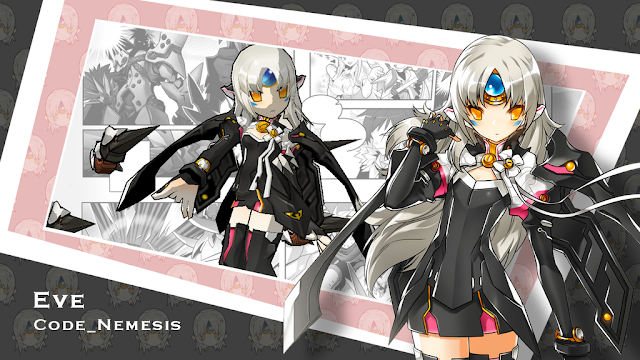 I’ll keep playing Elsword for a little longer, mainly focus to play Code Nemesis, I really want to play CN since her release actually. I had a Code Exotic before but I was deleting her, then 1 year ago I re-create but stuck at level 35 (I had many characters I was going to play). When I write this, my CN level is 58. My CN is free from real money (NC in ID,ElsCoins in EU, K-Ching in NA).
About my RF and CN nicknames
Code Nemesis -> MinaAkito                       Reckless Fist -> HardAkito
M and H is a reference to my real name and Miku Hatsune, my favorite vocaloid character.
Hard is taken from my nickname IRL, Hardi. Mina is a mix up of many female characters from animes (lol). Akito is taken from my favorite character when I started play Elsword, Akito Hyuga from Code Geass:Boukoku no Akito (Akito the Exiled).
My interest to Elsword starts faded
“Elsword isn’t fun game but interesting game,” I commented on a video. Yes, Elsword is interesting, but.. I can no longer be interested to play it. The most terrible thing of Elsword is PvP Arena. I don’t really understand what the heck “balance” they are talking about, but I should say that PvP Arena had lost the balance.
The game I will play next
A year and a few months ago I wanted to play Grand Chase (ID) but the server was going to be shutdown. Some months ago I wanted to play Closers but it hasn’t published in outside KR and JP until I write this. Now, I’m going to play Forever Chase (Grand Chase Private Server).
There is still a hope
I would like to play Elsword for much longer, but there are some notes. Characters I’m going to play will be limited to only RF and CN. Other characters will be rarely played or never, depending on game updates and how much lazy I leveling up them.